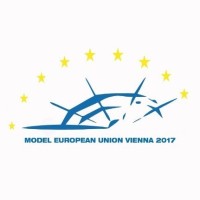 MEU (Model European Union) is a project carried out in cooperation with BETA (Bringing Europeans Together Association) which aims at simulating the European law-making process on a micro level and making this foreseeable and transparent.

Held every year in a different European country, MEU is the greatest opportunity young people between 18 and 30 have to understand the European legislative procedures and its mechanisms on a deeper level.

MEU’s first edition took place in Strasbourg in 2007. As a result of its greatest success MEU decided to organize  and offer many other editions of the same projects in the following years in other European countries. Current affairs range from environmental issues such as gas transmissions, to health measures  or restrictions on genetically modified organisms.

Named the world’s top city for quality life, Vienna is also the seat of many international institutions and companies such as IAEA (International Atomic Energy Agency), OPEC (Organization of Petroleum Exporting Countries), OSCE (Organization for Security and Co-Operation in Europe) and FRA (European Union Agency for Fundamental Rights).
MEU’s premiere in the Austrian capital took place in 2014 with main focus lying on the Frontex Regulations and the Temporary Workers Directive. Outcome of the first edition was that European regulations relating to asylum, borders and immigrations are going to get tougher and that stricter limitations as well as additional requirements will be applied in order to enter the EU and be acknowledged of the status of refugee.
The following two editions of MEU in Vienna took place in 2015 and in 2016. Topics of the second edition were Data Regulations and Protection and Inequality and Sexism. The outcomes of the long and heated debate were the introduction of new rules in order to put people in control of their personal datas and the stark position of MEU against inequality and sexism. The third edition of MEU in 2016 dealt with Dublin III Refugee Regulations and Tobacco Directive. If the topic „Refugee Regulations“ still remains open and highly debated among the Members of the Parliaments, a clear and unequivocal position was taken against tobacco instead.