Coming from over 40 different nations but all sharing the same passion for politics and the European Union, we’re glad to introduce to all of you the big and impatient team of the MEU Vienna 2017!
Who’s coming back for their third edition, who has been dreaming to participate and is finally taking part in the MEU Vienna for the first time (and hopefully not the last one). Who’s impatient for the MEU Vienna to begin, who can’t wait for it to end in order to release the stress and tension accumulated during the last tough months of preparation and waiting?

DOUBLE GIRL POWER!
28 tenacious people will impersonate the powerful Ministers of the Council, 91 skilled guys will cover the equally important position of an influential member of the Parliament and then, of course, there will be 9 essential shrewd journalists, ready to do anything to gather the highest number possible of gossip, breaking news and opinions. All this for a total of 129 impatient young guys, 49 boys and 80 girls to be precise (YAY! GIRL POWER!), and out of a total of 28 Ministers of the Council, 16 will be wonderful and remorseless ladies (DOUBLE GIRL POWER!).

So get ready to meet all of them, be prepared to face moments of seriousness, sobriety, comedy, tears and laughs as well as spectacular and unexpected turns of events. Here exclusively for you, some point-blank questions and answers from a selected number of participants, just to give you a first impression of who and what awaits you in these four days to come:

Lauren Stevens, a British girl living in Tampere, Finland, participating as a Member of the Parliament from Germany representing the GREENS/EFA fraction in this year’s MEU Vienna:

Why are you so interested in taking part in the MEU Vienna?
I would like to gain insight and knowledge on how decisions are made within the EU. I would also like to improve my ability to understand both sides of an argument, which I hope will develop my debating skills and my ability to predict the opponent’s arguments in order to formulate responses.

Have you ever taken part in another edition of the MEU before?
I have not. However, through the Model United Nations Tampere (Finland) I participated in a one-day programme which simulates the United Nations law making process. I represented Vietnam whilst debating ‘UN Human Rights Council – Right to have rights: refugee flows from the Syrian Arab Republic.

Adnan Kovačevič, originally from Bosnia and Herzegovina and currently studying in Vienna, will be a Member of the Parliament for Ireland and the Nordic Liberal Party:

What does the European Union mean/represent for you?

In a nutshell, for me European Union represents democracy, human rights. Of course, there is a lot of work to be done a lot of questions that need to be answered about the future of the EU itself, but European Union has brought a lot to the people that live in it, and not only them but also the people living in the countries that want to join the EU. And in the current situation in the world the role of EU is more important than ever. Because somebody needs to stand to all the craziness in the world, and for how I currently see it, the only one capable of doing it is the EU.

Stephan Raab, proud participant in two past editions of the MEU Vienna (as well as MEU Warsaw and MEU Mainz) and German student of political science in Nürnberg, will join this edition by representing the EFDD:

What does the European Union mean/represent for you? 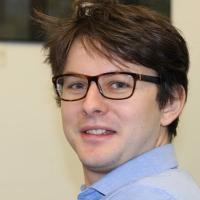 The European Union for me represents an idea of peace in diversity. As such the biggest achievement of the European Union is bringing people from different cultures together into a common house of democracy. Currently the appeal of this project seems to fade away in scepticism and a resurging nationalism, blaming the EU as a technocratic superfluous institution. For that reason I hope that in the future we won´t have just a Europe of technocrats and politicians, but an Europe that grows in the hearts and minds of its citizen, just as MEU Vienna does.

Hannah Fuchs, Austrian student at the University of Vienna, is going to join the MEU Vienna 2017 as a Member of the Parliament for the ALDE faction representing Bulgaria: 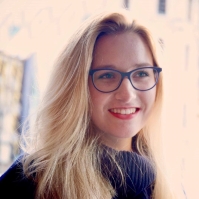 Why are you so interested in taking part in MEU Vienna?

I am interested in participating because I value the European Union but I am also convinced that many points need to be changed. By being part of the MEU Vienna I can understand the working process of the EU better and therefore find out better how and what needs to be changed. In addition, it is interesting to not be able to choose one’s own favourite party. Even though I do not personally agree fully on ALDE ideas, it is interesting to get to know that group better and see issues from a different point of view.

Enrique Saucedo, Spanish student of Diplomacy and International Relations, has taken part in the MEU Madrid 2016. He will be the Minister of the Council of the United Kingdom:

What do you expect from this experience?

The European Union means a lot of different things to me. But I guess I can think of two different levels: on a personal level, the EU represents to me peace, prosperity, same values and same dreams. When you meet people from different countries, it is always great to find out that the things you share with them are more than the things that make you different. And on a professional level, the EU is where I would love to work in the future, specifically in the EEAS.

Bernd Knapp, born in Vienna, raised between the US and Spain, is now back in his hometown, where he works an executive employee. In this edition of the MEU Vienna he’s going to be a Member of the Parliament from Greece, representing the GUE/NGL faction:

What do you expect from this experience?